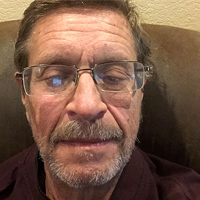 What were the steps leading up to your diagnosis?

I was diagnosed with persistent AFib on November 5th, 2015. I went for my yearly physical, and as usual, the first thing my doctor did was listen to my heart. After he finished listening to my heart, he said to me, "I want you to go down the hall and have an EGK." okay, I think, I've done this before no big deal.

I had little understanding of the situation as I was not feeling any symptoms at all and in retrospect, I was somewhat more tired than usual, but that was it. Since I wasn’t showing any signs, I went straight to the ER where I was admitted and stayed four days, then released – still in persistent AFib.

I was started on Eliqus and Metoprolol. Two weeks later my primary care physician increased the Metoprolol, and while the increase did help my blood pressure, it also counteracted my asthma medications. The breathing issues caused me to start having anxiety attacks so my electrophysiologist (EP) stopped the metoprolol and any and all beta blockers and my breathing improved within in 36 hours and my anxiety attacks ended.

Three weeks after my diagnosis I had a transesophageal echocardiogram and was cardio converted, I stayed in NSR a whole ten days. At this point I was started on flecainide then ten days later cardio converted again. This time it took four attempts over 8 hours to convert me.

If, and probably when, things change then I will pursue the next step with a heart procedure, but until then it is one day at a time and being grateful for each one. Thus my AFib journey began and continued.

If, and probably when, things change then I will pursue the next step with a heart procedure, but until then it is one day at a time and being grateful for each one.

Who has been there for you? How?

My family, especially my wife, has been a tremendous source of help and support. I also have to acknowledge the excellent care and support I have received from my EP and his staff at Oklahoma Heart Institute.

In the beginning, my wife was the support I needed to not fall into a bad depression over the fact that my “heart was not working correctly.” She helped me stay as calm as I could while being realistic that I did have a serious ailment that needed addressing. She was also critical in helping me get through the panic attacks I was having due to breathing problems.

I am also very fortunate that my EP and his staff have always been exceptional at asking me for and listening to my concerns and problems and then helping me addressing them. They quickly recognized the contradictory problem between beta blockers and my asthma medications that my primary doctor missed and when I started complaining about some side effect issues of the Flecainide –one of which is very rare – they listened and acted on what I was experiencing.

I also have become an active member of an online group of AFib patients that has truly helped me in understanding and dealing with my own AFib.

What accomplishment are you proud of?

I think my greatest accomplishment is probably not something I’ve had an enormous role in making happen and that is remaining in Normal Sinus Rhythm (NSR) for 20 months now.

I’m not sure I would be where I am today if I hadn’t been willing to be open and honest about what was going one with me to all my doctors. I have found out that I’m allergic to beta blockers and Lisinopril. My insistence that there was a problem enabled my EP to identify what was wrong and address it.

What lifestyle changes have you needed to make?

I had quit alcohol 13 years earlier, and my weight was fine. The first and most significant and immediate lifestyle change I made was to quit all nicotine. I had quit my daily three cigars months earlier, but I had started vaping, which I genuinely do believe contributed significantly to my developing AFib, but ending all nicotine was my first change.

Since my diagnosis, I have retired and started walking more than 4 miles a day. I also started to learn and practice mindfulness meditation.

After my first cardio conversion failed and I was converted a second time after starting Flecainide. The biggest change after the second conversion was I had a sleep apnea test and began using CPAP for treating the sleep apnea I never know I had.

Seven months ago, I had to end the Flecainide due to side effects. I added magnesium supplements to my daily routine, and I have now been in normal sinus rhythm for 20 months even after having to stop taking Flecainide. I honestly do think made my second conversion hold when my first conversion had failed after ten days.

What's your advice to someone else living with AFib?

My advice to anyone new to Afib is to stay as calm as you can. I know it’s hard to do but what you will find out is that it’s not a death sentence and that working with a good EP is critical to getting a treatment plan that will enable you to have a good quality of life.

It is often said that knowledge is power and it is so true with Afib. It is scary but the more you learn, the less scary it is and the more in charge you are.

Be actively involved in your treatment. It’s your life, and you know how you feel! Finally be part of a support group if at all possible online or in person, either way, it helps tremendously. Hang in there and above all, stay calm. 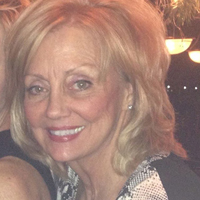 Mary Cooper
"I'm disappointed I got AFib in my 60s, but I'm doing the best I can."
Read Mary's Story
Jeff Redekopp 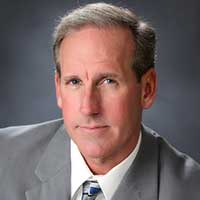 Jeff Redekopp
"At the time, I was working in a hospital cardiac rehab department, and was very familiar with cardiac arrhythmias. I was fairly sure that I was having either ..."
Read Jeff's Story
Kenneth Jolly 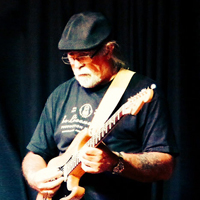 Kenneth Jolly
"My wife stays on top of everything I need to do and she makes sure I stay on track."
Read Kenneth's Story
See All Stories