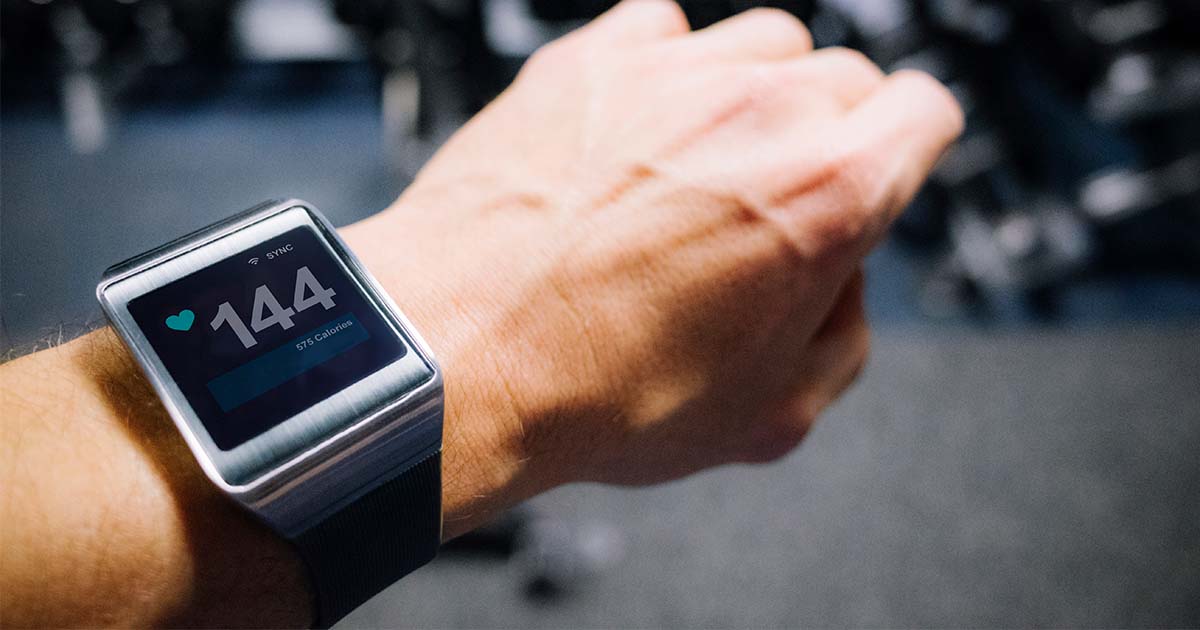 Wearing an Apple Watch for AFib

Atrial fibrillation (AF) is a clinically significant heart arrhythmia that, if untreated, can lead to stroke or congestive heart failure. The prevalence of AF increases with age, and there is growing evidence that the number of people with the condition could rise as much as 2.5 times within the next 50 years.

AF can have a profound impact on your heart’s performance and quality of life. It’s essential to catch AF early so that your medical team can develop an effective treatment plan to mitigate these potential consequences.

Many people experience shortness of breath, dizziness, fatigue and palpitations that tip them off to AF. Yet, some people experience no symptoms and do not know that their heart has slipped into a complex arrhythmia.

If you have underlying AF but do not know it, you are among the 6 million people who fall into this category. The good news is new advances in smartwatch technology show promise in addressing this issue. So, how can an Apple watch for AFib work?

The Apple Heart Study took place recently at the Stanford School of Medicine, with over 400,000 patients from all 50 states participating. People who enrolled in the study owned Apple series one, two, or three watches and a compatible iPhone. The research compared the Apple Watch’s ability to detect AF to an ECG home monitoring patch.

The Apple Watch’s embedded light sensor technology measures blood flow at prescribed time frames to detect any abnormal changes. If 83% or more of these preset intervals in 48 hours show an irregularity, the watch sends an alert to the user. The device’s alert enables the user to contact a physician. The physician determines if the individual needs to wear the ECG patch for the next week.

Throughout the study, 33% of the participants wearing the ECG patch based on the watch’s alert had AF while wearing the patch.

Dr. Mintu Turakhia, MD, associate clinical professor of cardiovascular medicine at the Stanford School of Medicine and a principal investigator, was not surprised about the percentage of AF detected by the patch, and said that AF could “come and go”.

The downside of the study was that the research team recruited just under 25,000 participants over the age of 65, which fell short of their target number. The investigation also did not follow a randomized control design, as participants enrolled on their own on Apple’s website and reported their results.

Another shortcoming was that the study did not use the Apple Watch series four, which has a display and gives the user the option of a downloadable PDF to detect AF. The study did not gather any information about the rate of false-negative readings because the researchers did not track those wearing the device who experienced no AF readings.

You May Also Like:Smartphone Apps for AFib
Related Search Topics:

Researchers at Cleveland Clinic, the top heart hospital in the U.S., released information in February of 2020 describing their studies on the accuracy of the Apple Watch series four in detecting AF in hospitalized patients.

Clinicians participating in the study reported that the device’s display identified AF 41% of the time, while the downloadable PDF detected AF 98% of the time.

The difference between the Apple Watch series three and series four is that the series four watch has an electrical heart sensor embedded that can detect AF by assessing your heart’s electrical impulses and capturing an ECG reading.

In contrast, the series three smartwatch only gives an irregular rhythm notification. Unfortunately, according to Apple, the app is not available in all countries or regions, but the website does list those where it is available.

Currently, telemetry ECG remains the gold standard for detecting all heart arrhythmias, including AF. The difference between ECG and the Apple Watch lies in the ECG’s ability to continuously monitor electrical impulses rather than taking samples at preset intervals.

Since AF is often intermittent for many people, the current smartwatch technology Apple provides, although sophisticated, still fails to detect a substantial number of AF episodes. Clinicians involved in both studies state the Apple Watch is not a medical device and is not appropriate for diagnosing AF.

Deciding if You Should Use an Apple Watch to Track AF

As a clinical exercise physiologist, one thing I learned from cardiologists and the American College of Sports Medicine when prescribing exercise for people with AF was to “treat the patient, not the monitor”.

If you have AF, your physician will know what type you have and if it is wise for you to have a way to check it at home. Have a conversation at your next appointment about using an Apple Watch for this purpose and see what feedback you get.

If your physician has not diagnosed you with AF, but you are concerned that it is present, mention this at your next appointment. There are definitive tests available to diagnose AF rather than relying on a “smart” device with limitations.