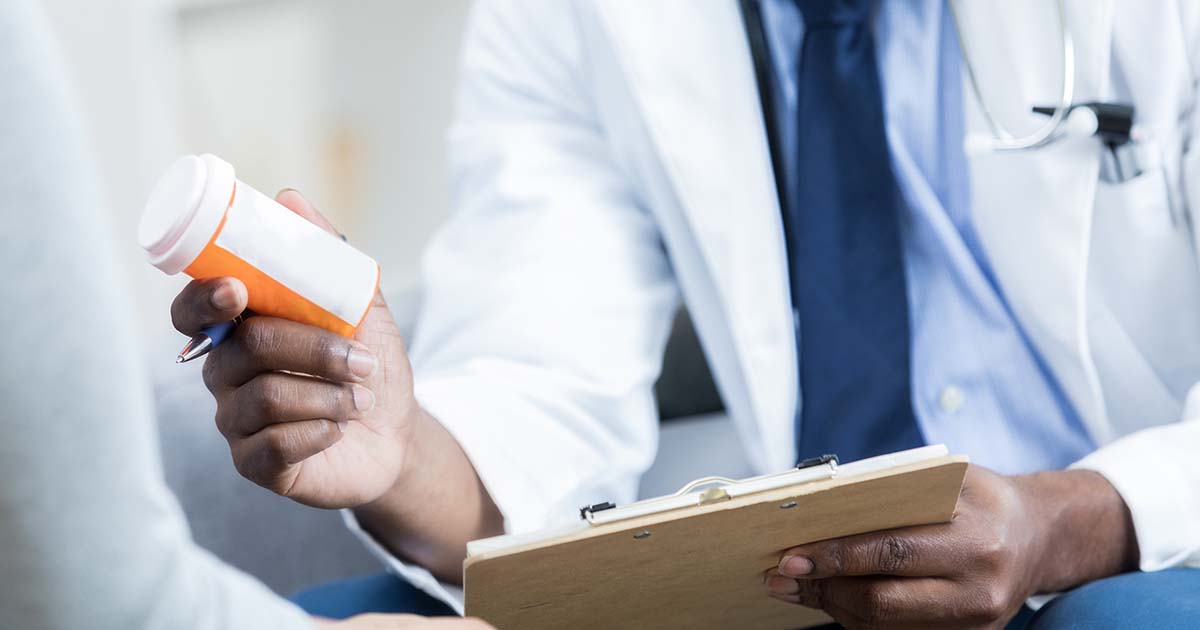 The medications prescribed for AFib treatment fall into three categories: drugs to manage the heart rate, drugs that regulate the rhythm, and drugs that reduce the risk of clot formation.

Some examples of beta-blockers include atenolol, sotalol, metoprolol, nadolol, and propranolol.

Antiarrhythmic drugs convert AFib back into the normal rhythm. The particular antiarrhythmic drug of choice depends on the type of AFib you have (paroxysmal, persistent, long-standing, permanent, or non-valvular).

Blood-thinning medications help reduce the blood’s thickness so that it is less likely to form clots. If you have had blood clots or have a high risk of developing them in the future, your physician will prescribe either an anticoagulant or antiplatelet drug.

The anticoagulants most often used in conjunction with AFib are warfarin, apixaban, dabigatran, edoxaban, and rivaroxaban.

The American Heart Association has a scale called the CHA2DS2--VASc risk calculator to help your physician determine if anticoagulant therapy is right for you. The tool evaluates your risk in the following areas:

Your total score will give your doctor the information needed to decide on whether you need to start on an anticoagulant regimen.

The antiplatelet medications often prescribed for treating AFib are aspirin and clopidogrel.

Cardioversion is a therapy used to treat AFib episodes, but it isn’t always effective in returning the heart to its regular rate. Web MD’s information on AFib treatment reports that roughly 50% of individuals who have cardioversion revert to AFib.

Cardioversion takes place in a hospital or outpatient clinic office for close supervision of the heart’s response to the procedure. Cardioversion uses a low-level electrical shock, delivered with a device called a cardiac defibrillator, to jolt the heart back into a normal rhythm.

Cardioversion is not an option if your AFib episode has lasted longer than two days because it can elevate the risk of blood clot formation.

An electrophysiologist, who is a physician specializing in heart rhythms will assess your AFib and determine the type of ablation that is appropriate for you.

Catheter ablation is a procedure that will help to stop the extra electrical impulses that other areas of the heart send to the atria. The technique is often the treatment of choice if medication or cardioversion has not converted AFib back to a consistent regular rhythm.

Then electrophysiologist performs the procedure, which usually takes 2 to 3 hours and requires administration of a general anesthetic to help you fall asleep. The electrophysiologist threads a small thin wire called a catheter into an area of the groin and advances it toward the heart.

The catheter uses an energy source like high-frequency radio waves to emit a quick surge of heat or cold that destroys the tissue causing the irregular electrical activity. The electrophysiologist will create these injuries in several areas of the heart.

When healing occurs, scar tissue will form, and it will block transmission of the unwanted electrical signals.

An AV node ablation involves sending a dose of radiofrequency energy to the area of the heart that links the atria and ventricles. This kind of ablation is like a catheter ablation as the small wire inserted into the groin and transferred up to the heart delivers the energy.

Next page: Surgical treatment for AFib options and lifestyle changes for living with AFib, and more.