Is There a Link Between Sleep Apnea and Atrial Fibrillation? 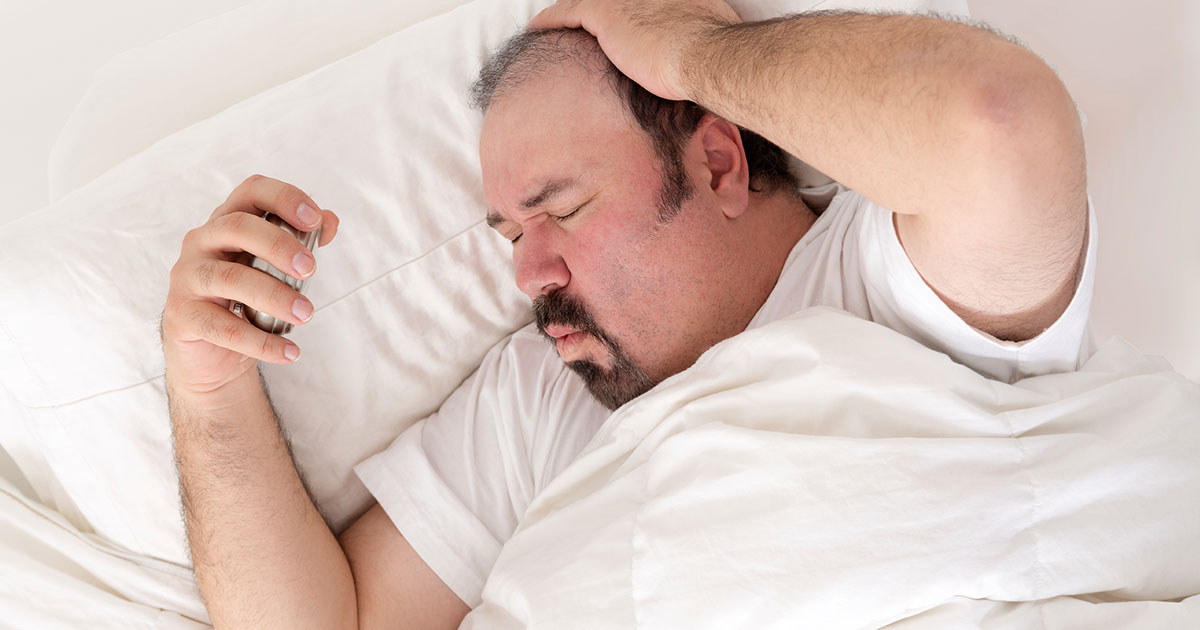 The Connection Between Atrial Fibrillation and Sleep Apnea

Sleep apnea is a condition where there are pauses in your breathing when you sleep. These pauses, which can last between 20-40 seconds, prevent you from getting a good night's sleep and can lead to a number of health problems including atrial fibrillation, hypertension, stroke, and heart failure.

Sleep apnea affects more men than women, and it is estimated that 18 million people in the U.S. alone have sleep apnea. Sadly, approximately 85 percent of sleep apnea cases go undiagnosed.

There are primarily two different types of sleep apnea. The most common type, obstructive sleep apnea (OSA), occurs when obstructions block the airway such as the collapsing of the soft tissue in the throat.

Central sleep apnea (CSA) occurs when the brain doesn't send the proper signals to the muscles that control your breathing. There is also mixed apnea, which is a combination of OSA and CSA.

Snoring, especially loud persistent snoring is a very common symptom. Pauses in your breathing or gasping for air in your sleep are other classic symptoms.

Unfortunately, unless you sleep with a partner and they witness these symptoms, they may go undetected.

Other common symptoms of sleep apnea include:

You've probably heard sleep apnea is a condition that primarily affects overweight people. While it's true being overweight or obese is a primary risk factor, people who are at an ideal weight can be at risk as well, so don't let your weight be your gauge.

Instead, watch for any of the symptoms outlined above. And if you have atrial fibrillation, you'll especially want to be mindful of the possibility of sleep apnea as you'll see in a minute.

To date there have been a number of studies indicating the strong relationship between atrial fibrillation and sleep apnea.

Untreated or undiagnosed sleep apnea can trigger AFib episodes. If you have atrial fibrillation and your episodes occur primarily at night, it's very possible that you have sleep apnea and don't even know it.

AFib patients are more likely to experience atrial fibrillation even after taking drugs or having an ablation for AFib. For this reason alone, many EPs today will routinely have their patients do a sleep study before, or immediately after, treatment begins.

If your EP doesn't ask for one, AFib patients should take it upon themselves to have a sleep study done anyway.

The first thing you can do is have your partner observe you in your sleep for a night. Alternatively, you can observe yourself by using various wearable devices that connect with your smartphone to track your sleep activity or by recording yourself while you sleep (audio and/or video recording).

Did you snore a lot? Was your snoring loud and persistent? Were there pauses in your sleep or did you gasp for air?

Official sleep studies can be done as in-home tests or in-lab tests at a sleep center. In-home tests must be prescribed by a doctor and typically cost $250 to $400.

In-lab tests are more expensive, costing $1,000 to $2,500. The in-lab tests, however, are far more accurate and provide more information for your doctor than an in-home test.

The most common treatment method is the use of CPAP, also known as continuous positive airway pressure. This entails using a CPAP machine and a CPAP mask when you sleep.

If CPAP isn't tolerated, then oral dental appliances may be used. These are specialized mouth guards that you wear at night that prevent your throat muscles and tissues from collapsing and obstructing your airway. These devices are usually reserved for mild and moderate cases of sleep apnea, however.

A final treatment option is surgery. This involves a surgeon removing excess tissue in your throat or repositioning the muscles in your throat. This is the least appealing option as success rate are low and recovery can be long and painful.

The Bottom Line for AFib Patients

As I mentioned earlier, anywhere from 40-50 percent of AFib patients have sleep apnea. And as I also mentioned, untreated sleep apnea can make your AFib treatments less effective.

For these reasons alone, having a sleep study done is a no-brainer if you have atrial fibrillation! Don't wait any longer. If nothing else, having one done and finding out you don't have it will give you peace of mind.