How Do You Know If You Have AFib? 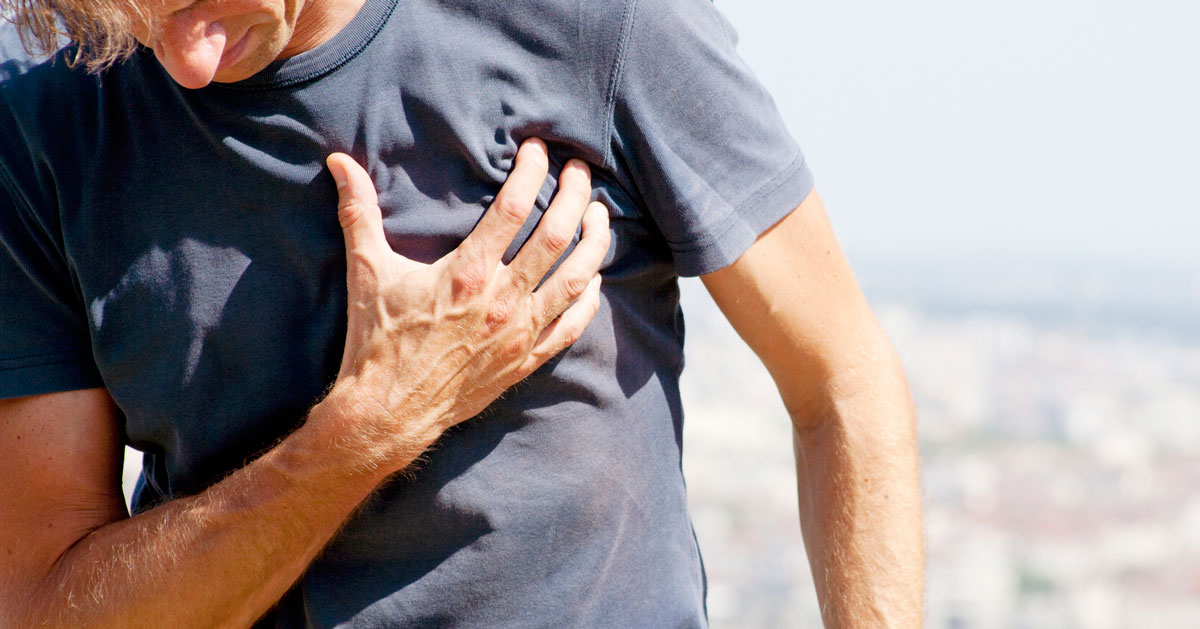 Atrial fibrillation (AFib) is a condition that often produces a variety of unusual feelings and odd sensations. Many people with AFib experience symptoms that can range from mild to debilitating, depending on the form of AFib they have.

AFib symptoms happen because of the incomplete contraction of the atria resulting from a disruption in the heart’s normal electrical conduction. AF can then cause the ventricles to fire erratically at rates between 100 to 200 beats per minute.

If you have AFib, chances are you have experienced some, if not all, of its associated warning signs.

What Happens When the Heart is in AFib

When your heart is its normal rhythm, it beats twice synchronously: once each when the atria and the ventricles contract. If you use a stethoscope to listen to these contractions, you will hear a “lub-dub” sound.

When your heart is in AFib, the atrial and ventricular chambers are out of sync and racing, so there is no “lub-dub” sound. The heart muscle also quivers because it is unable to pump forcefully enough to allow for complete contractions.

With any disease, the first question that comes to mind is what are the symptoms? Most people are symptomatic, so when they go into AFib, they know something isn't right.

The Symptoms of AFib

For some people, atrial fibrillation can start with a skipped beat coupled with a “thump”-like feeling, followed by a racing heart rate. The most regularly reported symptoms people experience with AFib are:

Symptoms of AFib differ between individuals, and depend on factors such as age, ethnicity, the primary cause of the AFib, and the number of cardiac risk factors present:

Mild to incapacitating symptoms can occur and are dependent on the type of AFib you have:

Some individuals experience no symptoms and are unaware that they have AFib until they undergo a physical examination.

Atrial fibrillation doesn't discriminate. While it's true you're more likely to get it in your later years, you're not entirely immune to it if you're young.

When I had my first episode, I thought I was having a heart attack. Like the flip of a switch, my heart suddenly took off. My heart was racing and pounding out of my chest as if I had just completed a marathon.

This pounding and racing feeling is one of the most common symptoms of AFib. Another way it's often described is a large fish flopping in your chest.

Like a fish does if you pull it out of the water and put it on the ground, it flips and flops irregularly — and often times violently as it struggles being out of water. That's exactly what your heart feels like it's doing when you're in AFib — violent, irregular flip-flopping.

When people ask me how will they know if they are in AFib, I always respond with this simple reply: "Trust me. You'll know!"

The first thing people often assume is that they are having a heart attack. It's that dramatic of an experience for most people.

When I go into AFib, for example, not only do I know it immediately, but it completely renders me useless. I can't do anything but sit in a chair or lie down until I convert to normal sinus rhythm (NSR).

Not everyone has such a dramatic experience when they go into AFib. In fact, a lot of people can function normally despite it.

Sure they'll have symptoms, but they won't be so severe that it knocks them off their feet. These symptoms can include any of the following:

Next page: Continue reading to learn more about what does AFib feel like, what to do when you experience AFib symptoms, and how to know if you have AFib.

Travis Van Slooten
Travis Van Slooten was first diagnosed with atrial fibrillation in 2006. He had a successful catheter ablation in 2015 and has been AFib-free since. You can follow Travis' journey on his blog or on his Facebook page. See all of Travis's articles
More Articles by Travis