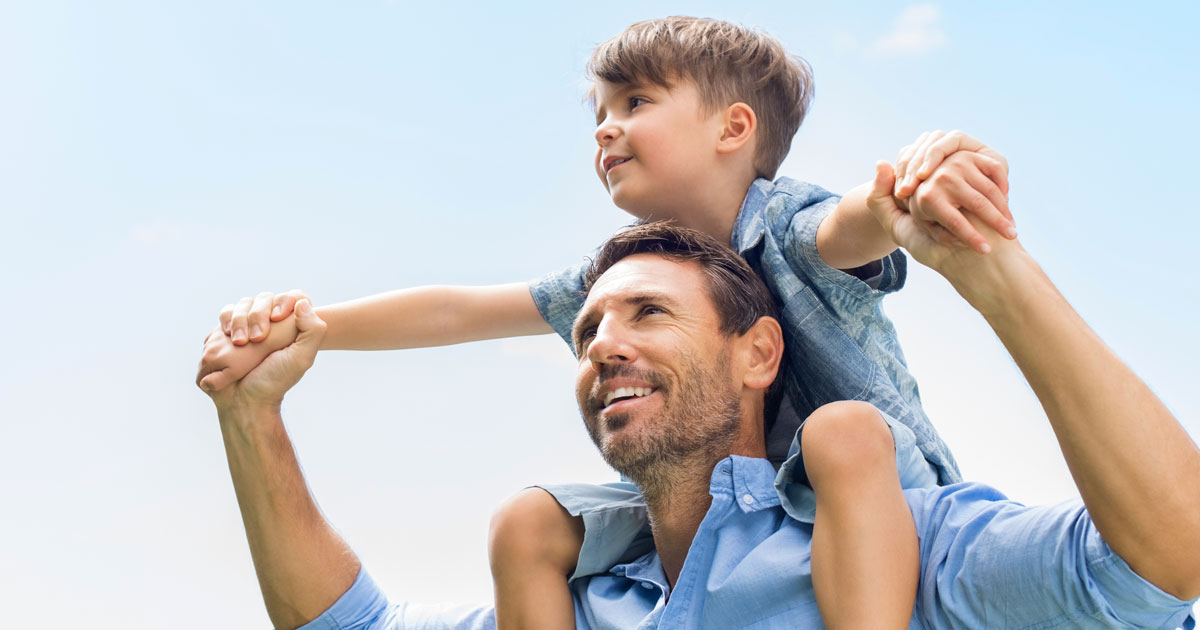 My AFib Secret: How I Kept It From My Kids (but Eventually Told Them)

At the time I only had one child and she was just two years old. When I had my first ever episode that evening I had no idea what was going on.

I was just enjoying dinner with my wife and daughter and then it hit! My heart was off to the races and I had shortness of breath. I knew immediately something was wrong and so did my wife. Fortunately, my daughter was too young and clueless to pick up on anything — she just kept smiling and munching away at her dinner.

I told my wife my heart was racing and I had shortness of breath. She panicked more than I did and insisted we call 911. I thought that was overkill so I told her to hold off.

About five minutes later, which felt like an eternity, I started to panic so I told her to call 911 but to have them meet me at the front gate of our apartment complex. I didn't want to make a scene by being carted out of the apartment complex in a stretcher!

Looking back, it's funny how vain we can be, even in an emergency. But I also made that request because I didn't want to frighten my daughter. What is she going to think if I'm carried out in a stretcher? I thought that would be too traumatic for her.

Again, I didn't want my daughter exposed to any of this so we just kept her occupied in the car. My wife ended up following the ambulance to the hospital.

As a stay-at-home dad I've always had a very strong bond with my daughter, and when my wife came into the ER with her in her hands, I wanted to cry. I was scared I was dying and I would never see my daughter or my wife again.

I resisted the urge to cry and kept up a strong front for both my daughter and my wife. There was no way I was going to let either one of them think anything was seriously wrong with me.

I just smiled and told my daughter I wasn't feeling well so I had to see a doctor. I assured her I would be leaving shortly. She didn't look the least bit worried or concerned.

Fortunately, I was only in the hospital for about four hours that evening. I was eventually electrically cardioverted and sent home.

As far as my daughter was concerned, daddy saw the doctor for his sickness and was all better. I never spoke of the incident again with her and AFib was never talked about.

You May Also Like:Coping with AFib in the Hot Summer Months
Related Search Topics:

I was extremely fortunate because in the next eight years I only had an episode once a year or two. When I'd have my attacks we'd have a neighbor watch the kids so my wife could drive me to the ER to have an AFib cardioversion.

I would have four cardioversions over the years, and each time my kids would have no idea what was going on.

Because my episodes were so infrequent and I had a simple plan in place (go to the ER and have a cardioversion), AFib was never really a worry or concern. I never felt the need to talk about it with my daughter or my son, who was born a year after I was diagnosed.

There were times I wanted to let them in on my secret, but every time I was going to tell them I changed my mind. How do you explain atrial fibrillation to toddlers when most adults don't even understand what it is?

I didn't want to needlessly worry them. There was also a part of me that didn't want to admit my heart wasn't normal — as soon as you have to sit down with your kids and tell them you have a problem it suddenly becomes real. It was just easier to continue to keep it a secret.